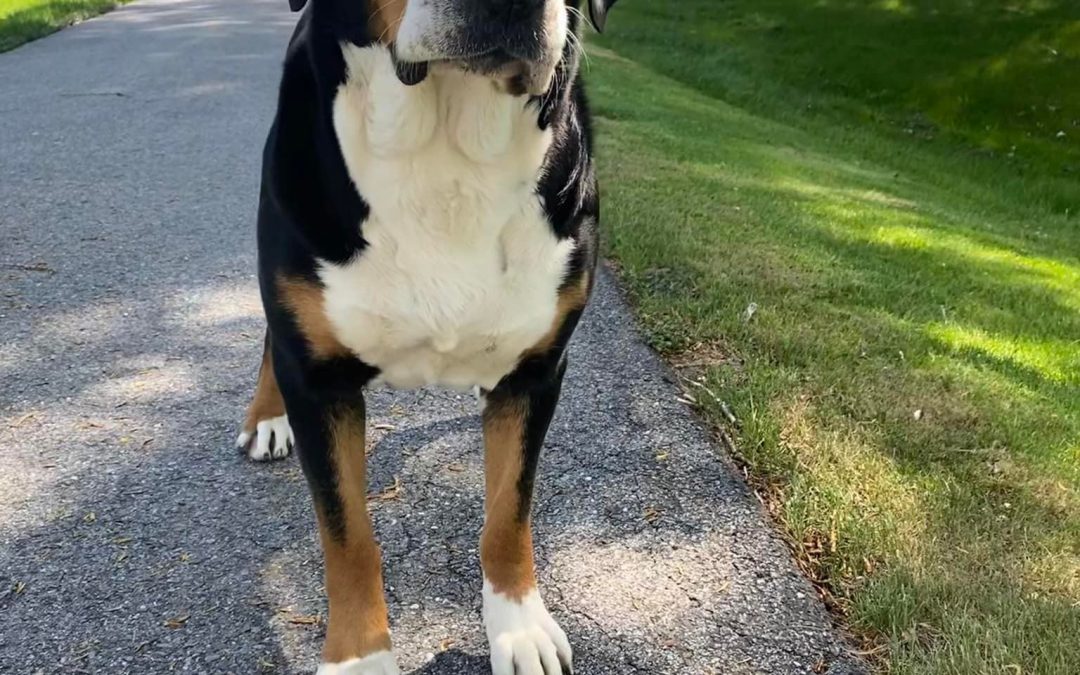 In her firts two weekends out at 6 months old Beulah picked up 10 points with 3 major towards her Championship.  She won her first point on the day after her 6 month birthday.  She has been having a great time in the show ring and a very successful show career.   After a 7 month break due to a pandemic we were finally able to get back out to a show where Beulah finished her Championship with two more majors at 13 months old.  Finishing like her mother and grandmother very quickly in just three weekends.

Beulah has nice movement with reach and drive. She has a sturdy, but elegant build.

Beulah has a very out-going personality.  She is friendly with everyone.  She loves to play with children, puppies, and small breed dogs.  She is very motherly.  She deals very well with new and different situations.  She will not go looking to get into it with other dogs she rather stick to herself and be a little independent.